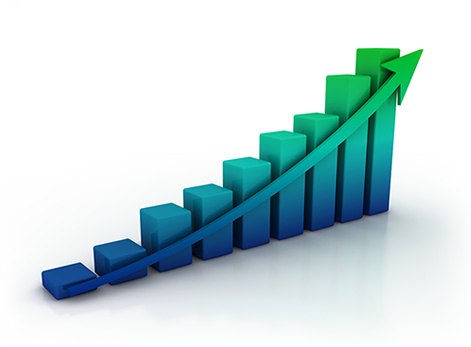 Kosher certification can help generate additional sales revenue by providing an avenue to gain access to new markets and customers. Kosher products require Kosher certified ingredients. The constituent buyers specify kosher knowing that the manufacturing process of their supplier has been independently audited.

The Jewish population is growing all over the world and the demand for Kosher certified products is increasing fast The Kosher market has been growing at an annual rate of 15% for the past several years and Kosher-certified products continue to outsell organic and all natural products. Food manufacturers in North America and Europe, looking for new sources of ingredients, increasingly turn to Asian countries such as India to keep up with demand. ‘Kosher’ was the most frequently used claim on new products launched in the US according to recent market research, more frequently used than ‘All Natural’ and ‘No Additives or Preservatives’, he said.Nearly 80 percent of all Kosher food sales are outside of the ‘traditional’ Jewish market. Over 500,000 products are currently certified kosher and consumers spend over $165 billion on kosher products annually. For millions of consumers, the kosher symbol has become synonymous with accountability, quality and food meet growing demand, companies throughout the world are seeking kosher certification to expand existing markets and enhance sales. Many companies have partnered with Kosher Check and have seen significant growth in their revenue and profits. According to Joel Weinberger, getting Kosher certification is “a shrewd way for a company to gain market share with minimal investment.” India has the World’s second largest population, third largest economy and is the world’s second largest producer of food next to China. AC Nielsen recently named India as a hotspot for food manufacturers, food producers and food ingredient professionals and the country is becoming an integral part of the global food ingredient network. Given this trend, India has become one of the most important destinations for food investment, with the food industry growing at an annual rate of 17%. As Food exports continue to increase in India, many Indian food manufacturers are now turning to Kosher Certification to assist them in gaining new markets and increased sales. Most of the time Muslims and Jews tend to believe that Kosher is similar to halal and vice versa. In linguistic terms, both the terms Kosher and Halal are almost similar. Kosher is a Hebrew word that means proper or fit and Halal is an Arabic word that means permissible. Halal and Kosher are mainly associated with the food of Muslim and Jewish people. Though Kosher and Halal are food laws, it also has great significance in other rituals that they follow in their lives. Kosher and Halal have their roots in their scriptures, Kosher is identified in the Bible and Torah and Halal is mentioned in the Quran.Let us look at the difference in slaughtering of animals under Kosher and Halal. Though the slaughtering is the same, Jews, who follow Kosher, do not pronounce the name of God on each animal they slaughter. They think that it is wasteful to utter the name of God out of context. They only perform prayers on the first and last animal that they slaughter. Muslims who follow Halal rituals always pronounce the name of God on each animal that is slaughtered.According to Halal law, all intoxicating alcohols, wines, liquors and drugs are prohibited. Whereas Kosher law allows all wines. While in Kosher foods, dairy and meat cannot be mixed and it is prohibited, Halal permits the mixing of the two.